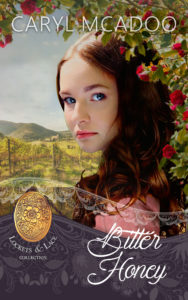 With God, all things are possible.
But can lost love be found again or two wounded hearts knitted together?
Young love, sweeter than honey, is separated by a natural disaster and turns bitter. After five years, a miracle reunites Samantha Adams and Silas Mercier, but it seems it’s too late. Will love prevail?

What I think you should know:
Bitter Honey by Caryl McAdoo is the twenty second book in the Lockets and Lace collection, a series of standalone books that are connected as American Historical romances. This book takes place mostly in the late 1850s in Louisiana.

What you might need to know:
Odette was forced into prostitution under the one drop rule when she was 13 years old. Caryl McAdoo often allows her characters to have visions and receive messages from God that are very straightforward.

What I think about this book:
I have yet to read a Caryl McAdoo book that I was not enthralled with and Bitter Honey did not disappoint. This was the first book I have read in the Lockets and Lace collection and I now want to go and read the previous 21 books. This book contained two love stories, Claude and Odette and Silas and Samantha. Each story contained its own challenges. Although Samantha thought of herself as a mature 18 year old I felt that her behavior at times was not as mature . Silas was a great character who showed maturity in his decisions. Claude was a joy to read about, I love how it looked past a person’s circumstances and saw who they were to God, what a trait to aspire for! McAdoo has a gift for making stories come to life! 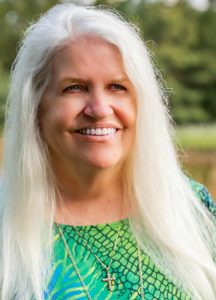 Praying her story gives God glory, award-winning author Caryl McAdoo continues prolificity with her new Cross Timbers Romance Family Saga series. Readers around the world enjoy her best-selling novels and shower them with 5-Star ratings galore. With forty-eight titles—and counting—her love for writing is obvious; the lady loves singing the new songs the Lord gives her as well! (Check out YouTube). Caryl gave Ron four children and the couple shares eighteen grandsugars. The McAdoos live in the woods south of Clarksville, the seat of Red River County, in far Northeast Texas, waiting expectantly for God to open the next door.

Are you ready to revisit the Adams and Corbin families (from UNIQUELY COMMON and REMI)? Five years have passed, so it’s 1853, and life has gone on.

Samantha, only fourteen back then, wrote faithfully to Silas back in New Orleans as she traveled west on the Oregon/California Trail. She expected a tall stack of letters waiting on her at the General Store in Napa, but alas there were none.

BITTER HONEY is a story of puppy love time tries to dissipate, but Samantha never forgot Silas—or forgave him either! Though she had no way of knowing what tragic events had kept him from mailing the return missives, he never quit thinking of the beautiful girl who’d written of her love for him.

However, each day that passed only made it harder for him to write. Until he decided only a face-to-face talk would suffice, he worked with the man who’d always loved his mother, Claude, to rebuild his family’s vineyard, catching gators on the side.

This story has a second love story, that of Claude and the prostitute he rescues Odette, so there’s plenty of action to keep readers flipping pages. A story of first love and late, second-chance love with a taste of the Cajun life in Louisiana, BITTER HONEY is about restoration and following God’s will.

I hope you enjoy BITTER HONEY and all the other Lockets and Lace stories!
BLESSINGS!

For Him and My Family, April 26

The Meanderings of a Bookworm, April 28

For the Love of Literature, May 2 (Author Interview)

Truth and Grace Homeschool Academy, May 3

Artistic Nobody, May 4 (Guest Review from Donna Cline)

Connect in Fiction, May 5

To celebrate her tour, Caryl is giving away the grand prize of a $25 Amazon gift card!!