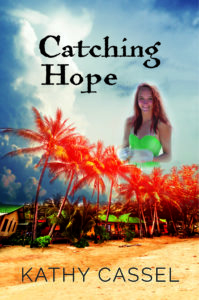 Newly adopted Lexi Michaels is taking her first real vacation as she, twin brother Levi, adoptive brother Chad, and new cousin Jen head to Haiti where their dad, a pediatrician, will be volunteering in an island clinic. But who is the man who displays such hatred for the Michaels when they arrive at their resort? Is an attempted burglary as random as it appears? Will Jen ever accept the newcomers to the family? When the four teens set out to explore Haiti’s sights and history on their own, an unexpected encounter and natural disaster plunge them into adventure and danger. With their very survival at stake, can the four teens work together or will Lexi’s dream of a “forever family” end in tragedy?

Catching Hope is a good story set in Haiti. This book is suggested by the author for young adult readers. I would classify this book as suspense. There is a lot of action, twists and turns. The mystery is trying to discover who’s chasing the family and why. With an interesting plot, the characters tumble from one scene to the next. Faith helps them keep going even when things look darkest. From the book: “pray that God, the source of hope, will fill you completely with joy and peace because you trust in him. Then you will overflow with confident hope through the power of the Holy Spirit.” I would recommend this book for young adults, mystery fans and Christian suspense readers. 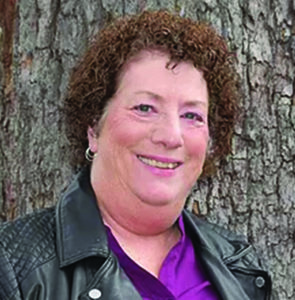 Kathy Cassel lives in the Florida panhandle with her husband and four of their eight children, five of whom are adopted. She is a motorcycle rider, scuba diver, and loves spending time with her family. Her debut novel, Freerunner, was published by Elk Lake Publishing, Inc. in 2019.

My Experience with Haiti 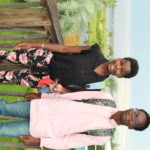 Prior to the 2010 catastrophic 7.0 magnitude earthquake that caused immense damage to the country of Haiti, many people would not have been able to tell you that Haiti and the Dominican Republic share the island of Hispaniola just a two hour flight from Miami.

I knew where it was because our family had adopted a child from Haiti in 1997. At the time the earthquake took place, my husband and I were in the process of adopting twins from a different orphanage in Port au Prince Haiti. It had been over three years and our adoption was not yet complete. During those three years I visited the twins at the orphanage five times. Other family members went with me on some of those trips, and at one point, all of our children still living at home went to visit the orphanage.

This was an eye opening experience for my family. In fact, I volunteered us to do the daily wash. That meant hand washing clothes and sheets for 135 orphans using large metal tubs and harsh soap, then rinsing the clothes in other tubs before hand wringing them and hanging them on clotheslines. Once home, my children no longer complained about unloading the dryer!

Cooking was done in large pots over open fires and mainly consisted of rice and beans, or red sauce over rice. The cooks originally prepared the food in a wooden shack, but more than once one of them would get so hot she’d pass out, so an outdoor area was set up for food preparation.

After the earthquake, there was a mountain of paperwork to be done to get refugee status for children in the orphanages who had families waiting for them. Finally the children were brought to the United States, although some of the orphans went to other countries too, to be united with their forever families. Sadly, many were held in the airport for days before being released. For our family, the long wait was over January 25, 2010. Now our family is complete with three birth children and five adopted children, three of whom are from Haiti.

Some of the places mentioned in the book resemble real places in Haiti, although they have been fictionalized. I hope you will not only read Catching Hope, but will also take time to learn more about the country of Haiti.

Because I said so — and other adventures in Parenting, February 25

For the Love of Literature, February 28 (Author Interview)

For Him and My Family, March 3

To celebrate her tour, Kathy is giving away the grand prize of a $40 Books-A-Million Gift Card!!