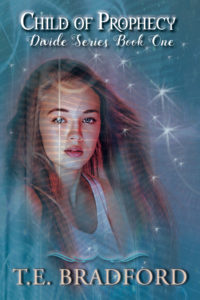 How far would you go to fit in? Another world?

Fifteen-year-old Nova Hawthorne has a unique trait that sets her apart, yet she wants nothing more than to be normal and fit in.

She soon finds out that there’s a very real reason why she feels so out of place in this world—she’s from another one. And prophecy says she is destined to destroy them both.

Armed only with a magic she does not yet understand and the synesthesia no one else does, she must race to figure out how to stop prophecy from unfolding, find a father she’s never met and discover who she really is. Is it truly our differences that make us who we are? How can you be strong when you’re broken? And what happens when your actions bring about the very destruction you’ve been fighting to prevent? 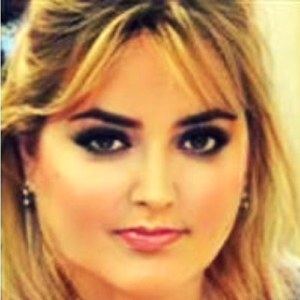 Tracy is a writer, singer-songwriter, cancer survivor and proud wife and mother. Her speculative fiction stories have featured in publications such as Deep Magic, including the Best of Deep Magic collection. Her Divide Series books, a Teen Fantasy series debuted in 2018 with Child of Prophecy – Book One. Child of Destiny – Book Two is set to release in November 2019. Her short-story Written in the Stars, a Kindled Legends story, was a number one new release and International Best Seller.

Born and raised in Central New York, Tracy will tell you her parents gave her the two best tools in her arsenal by reading to her as a child and raising her in a Christian household. In spite of the long CNY winters she continues to live there with the husband God created especially for her, and the son who is her forever best story.

“I believe true magic can be found in the things we see and do every day. Life is hard enough. Stories should transport us to another time and place. A magical place, where we can stretch out a hand and touch the wonder of God’s universe.” –T.E. Bradford

You’ll find music woven into nearly all my stories. This is especially true in the Divide Series books, as our heroine Nova has something called Synesthesia – a condition where your senses may overlap or cross. In Nova’s case, she can see sounds. Cool, right? On her journeys, she’ll encounter plenty of musical elements, but perhaps none as special as…

THE SONG OF THE HIGH KING

There is a King on a great golden throne

His beauty and magic so great none can know

He waits and He watches His children below

Waiting to see them all come safely home.

In the vastness between, where His city shines bright

Travel with Him and you’ll travel no more

Drink from the fountain that never runs dry

Eat from His table’s bountiful supply

Look in His face, trace the lines of His scars

They never were His wounds… they always were ours.

In the vastness between, where His city shines bright

Travel with Him and you’ll travel no more

This is a great question, and my answer would be the same if you asked me for my favorite under-appreciated movie—which is Geek, The Mighty. It’s the story of two boys, one with a powerful body who struggles emotionally and scholastically, the other crippled, but with a bright mind. The two come together and take up the call of the knights of the round table, doing good deeds. Phenomenal book, phenomenal movie.

Names are possibly my favorite part of coming up with new stories. I do tons of research on what names mean, what their origins are, and how they fit into the plot(s) I have in mind. As a kid, when I was bored I would write each letter of the alphabet in the back of a spiral notebook, and come up with as many names as I could for each letter. Sometimes I’d do fantasy names, other times animal names. Somewhere out there are dozens of old notebooks with my lists of names in them.

I would trust myself more. I think, as a young writer, I felt I had to wait until I was a better writer to be truly successful, rather than just believing in myself and putting my work in front of editors, into contests, etc. Once I started doing that, the learning amped up exponentially, and I’m still learning today. So believe in yourself and in your talent, and especially in your desire.

Sometimes one, sometimes the other. However, I would say my stories are all character driven. I want the story to be about the person, so readers identify. Plot is important, but a really well-developed character can make just about any plot shine.

I’ve been singing and writing songs for about as long as I’ve been writing stories, so music is a big part of my life. I’ve even written a couple musicals I’m hoping to one day see produced. I also enjoy photography, playing games, and I’ve been known to do some Latin and Ballroom dancing.

Through the Fire Blogs, February 22

For the Love of Literature, February 23

For Him and My Family, February 29

To celebrate her tour, Tracy is giving away the grand prize package of a $25 Amazon gift card, as well as the prequel and a couple of other surprise goodies (think musical)!!