Book: Delia and the Drifter 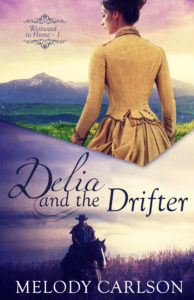 An arranged marriage to save the family from ruin?

Delia Blackstone knows what her mother is up to—she intends to marry her off to an older man who is all fortune and no future. And Delia’s having none of it.

When a mysterious visitor appears on the family doorstep and offers an opportunity for Delia to travel from Pennsylvania to Colorado, Delia knows it is time for her to strike out on her own and discover a new life. Along the way she encounters a handsome drifter who captures her heart. But is he interested in trading his exciting life of adventure for love?

Two murders, a missing will, and a number of puzzling relationships are enough to unsettle anyone—even smart, capable Delia. Who can she trust? And can she trust her heart in matters of love?

Delia and the Drifter is a great book set in the early days of the western frontier. I have read Melody Carlson for years and this is a new venture for her writing. As usual, she writes a fabulous book – even a western theme! I enjoyed the protagonists’ characters. In typical Carlson style – you felt you knew these people through her talented writing style. The locations were beautifully described. The antagonist’s identity left you guessing until near the end. There were several scoundrels to choose from. The inspirational touch in this book was understated but appreciated. From the book: “We see God face to face every hour, and know the savor of nature.” I would highly recommend this book to Christian fiction readers, western fans, mystery lovers, romance fans, historical fiction readers and anyone looking for a good read. 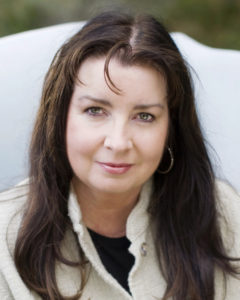 Melody Carlson has written more than 200 books (with sales around 6.5 million) for teens, women, and children. That’s a lot of books, but mostly she considers herself a “storyteller.” Her young adult novels (Diary of a Teenage Girl, True Colors etc.) appeal to teenage girls around the world. Her annual Christmas novellas become more popular each year. She’s won a number of awards (including RT’s Career Achievement Award, the Rita, and the Gold medallion) and some of her books have been optioned for film/TV. Carlson has two grown sons and makes her home in the Pacific Northwest with her husband and yellow Lab dog.

I love historical stories about women. Particularly ones in the American frontier and old west. Probably because I grew up hearing pioneer stories from my grandparents, whose parents arrived in covered wagons. But contributions made by pioneering females is often overshadowed by their male counterparts. That’s why I enjoy researching and telling these fictional yet reality-based stories of women who lived and loved and did their part to settle the frontier. To me they are the unsung heroes of the West.

Through the Fire Blogs, February 24

For Him and My Family, February 24

She Lives To Read, February 26

The Meanderings of a Bookworm, February 27

Labor Not in Vain, March 6

To celebrate her tour, Melody is giving away the grand prize of a $25 Amazon gift card!!