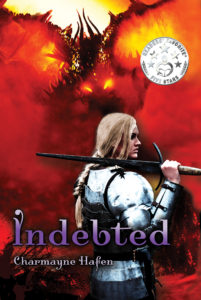 When the abandoned princess discovers a friend, some muscle, and a passion for swords, she also acquires the crucible by which she uncovers the mysterious key to unlock her grief and win true freedom. Or will her strength confound her future in the kingdom to which she rides?
At the mythical edge of the Berkshire Forests, Wren finds herself rattling around in an austere castle, abandoned by the King and Queen. King Belodawn seems to blame his daughter for the mysterious disappearance of his wife, and he avoids his daughter at all costs in favor of conquests requiring his person away from the kingdom. But, things are about to change; the princess has matured. Wren’s spirit refuses to remain the lost bird she became at age twelve. With the aid of the cook and the cook’s son, Wren discovers her unknown dexterity in sword fighting. With it, she believes a new community in which to live will open up but is this young girl prepared to encounter deceptive ghosts, angels, and demons in the maze of the forest to attain her aim? 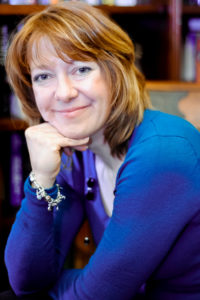 Charmayne Hafen is a graduate of John Brown University and has her masters in counseling from the Denver Seminary. Her love of Celtic mythology in Christian themes inspired her to write her debut Young Adult novel, Indebted: The Berkshire Dragon. She is a fan of the author, Stephen Lawhead.
She has written several short stories for children, teens, and adults, as well as the fantasy trilogy being published in 2020 by Capture Books, called, The Land of Twilight. She is currently working on the development of her sequel to The Berkshire Dragon.
Charmayne has a Bachelor of Science degree in journalism and psychology as well as a Master of Arts degree in counseling. When she’s not writing, Charmayne is running counseling groups for adults and a therapeutic photography group for teens. She lives in Denver, Colorado with her husband John and her two chihuahuas, Pepe and Frida.

Hello, Readers, Educators, Book Reviewers and Celebrate Lit Bloggers!
Although I am new to a lot of social media, I have heard that your group is a fantastic resource to new authors. Being a little bit of an introvert, you might even call me reluctant or a slow starter, but I assure you that I can imagine strategies and battle in the heavenlies for readers’ minds with the best of ’em. I say, “Let’s go!”
Please feel free to connect with me on any social media platform, or to write to me directly. I have loved engaging with anyone who has read my book and has sent me a comment or question. Because Indebted was published, I was thrilled to be able to speak to a group of college students taking coursework in literature and writing at Texas Tech last year.
I love facilitating creative writing seminars especially speaking to authors about how to join a system of discipline and creativity to overcome writer’s block.
My hope, however, is to be able to engage more students in elementary school and junior high about the topics in my books because I write about the things facing young people with a certain perspective that the Lord sees them right where they are, that God actually cares deeply for them, and that He has answers for them.  These answers include that Jesus paid the penalty for a kid’s lying, bullying, violence, disbelief, envy, and rebellion and that bringing them to back to God means that they get to be adopted into His kingdom as princes and princesses.
I hope that my books provide that suspension of disbelief needed for us all to see the possibility of walking in faith with others in traumatic times and to experience the wonders of God’s word to us.
Sincerely and Gratefully,
Charmayne

For The Love Of Literature, January 23

By The Book, January 28 (Author Interview)

To celebrate her tour, Charmayne is giving away the grand prize of a pillow made with one of the illustrations!!