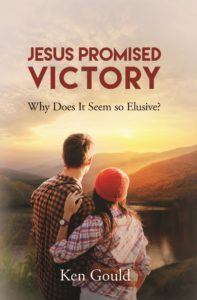 Are you frustrated with trying to live the Christian life?

Do your struggles with sin discourage you?

Have you been taught you can’t ever win the battle . . . that as long as you are living, you will fall short?

Jesus told people to sin no more. Rather than tell them the struggle with sin and Satan would be difficult, He said, “My yoke is easy and my burden is light.” Jesus doesn’t ask us to do the impossible.

Ken Gould rejected distorted teachings about God and was an atheist for twenty years, until God revealed His existence to him. Afterward, he recognized Christianity wasn’t something to be taken lightly. His highest priority became to know God and understand His counsel.

Gould says, “It is possible to live a godly life in victory. What we believe about God affects our ability to live a victorious life.”

In this guidebook on living in God’s victory, learn:

“God’s truth sets us free from Satan’s slavery and it’s lies about God that keep us trapped.” 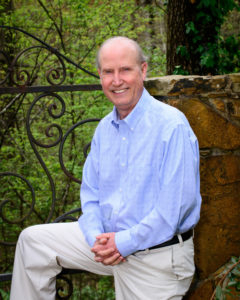 process development, and projects. He and his wife Kaneeta live near the confluence of the great rivers in the heartland of America where he enjoys being out in nature and sailing.

Nearly everyone when asked readily admits, that what churches teach doesn’t work. People know this from personal experience and observation. Many are aware behavioral scientists find church members are just as likely to abuse their spouses as the unchurched. Spouse abuse isn’t the only bad behavior that is just as prevalent among church members as the unchurched, other bad behaviors include pornography and child abuse.

In John 8:31 and 32 the Apostle John records Jesus telling the Jews that believed in Him if they hold to His word or His teaching depending on the translation. They are truly His disciples, they will know the truth and it will set them free. Verses 34 to 36 make it clear, Jesus is talking about sin’s slavery. Is it fair to say Church members engaging in these bad behaviors are slaves to sin? Of course. Then these church members aren’t holding to Jesus teachings, aren’t His disciples and haven’t been set free. Put another way the teachings of the church aren’t any more likely to make disciples than the teachings of the world.

This isn’t the only scripture expressing the idea that Jesus came to set us free from slavery or captivity. Luke 4:18 and 19 also expresses the same idea. I like to refer to it as Jesus mission statement. Luke records Jesus selecting it to read when handed the book of Isaiah in the synagogue at Nazareth.

“The Spirit of the Lord is on me,
because he has anointed me
to proclaim good news to the poor.
He has sent me to proclaim freedom for the prisoners
and recovery of sight for the blind,
to set the oppressed free,
to proclaim the year of the Lord’s favor.” (Luke 4:18, 19 NIV)

How important was the truth about God to Jesus? Jesus tells us in His prayer just before they crucified Him, recorded in John 17:3 “Now this is eternal life: that they know you, the only true God, and Jesus Christ, whom you have sent.” Jesus tells us the knowledge of God or the truth about God and Himself is the key to eternal life. How often is this important truth taught in church?

Is Jesus telling us it’s our actions or works that determine our destination? Didn’t Martin Luther discover we are saved by faith not by works? Yes he did. The Apostle John tells us we are judged by our works in Revelation 20:12 and 13. How can we be judged by our works and not saved by them? Our works reveal our character. The Christlike are kind to the less fortunate. The Satanic are mean, hateful, and cruel to God’s children. Our works reveal the condition of our heart.

Jesus Promised Victory: Why Does It Seem so Elusive? explains what works, what doesn’t, and why.

For the Love of Literature, February 29

For Him and My Family, March 1

To celebrate his tour, Ken is giving away the grand prize of a $50 Amazon gift card!!