Book:  Something I am Not 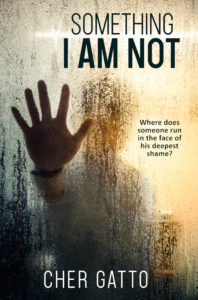 A father who never loved him…
A woman who stole his worth…
And a brother he couldn’t protect.

Where does someone run in the face of his deepest shame?

Billy McQueen works hard to keep his life together … and concealed. At seventeen, he dreams of an escape from the barroom, his father’s manipulation, and the advances of his father’s girlfriend. However, on his eighteenth birthday, Billy is introduced to a younger brother he never knew he had. An eight-year-old who is barely capable of navigating the corrupt world of his father’s boxing club.

Now, in order to secure his freedom, Billy must fight for it. But to save his little brother who is next in line for the slave trade … he must die for it.

SOMETHING I AM NOT, formerly titled Billy, won the ACFW Genesis Award for the Contemporary category. It was published by Lighthouse Publishers of the Carolinas. 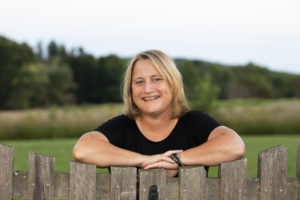 Cher Gatto is a native to NJ and lives with her husband (pastor) and five teenagers. Their family spent 10 years in Mexico developing a horse ranch for kids (see more about the ranch below) and founded an addictions ministry (R-HUB) back in the states. Cher has a Master’s in Psychology and serves as president of the ACFW NY/NJ chapter. Cher’s debut novel won the Genesis Award in 2016 and the Christian Indie Award for Best YA in 2020. Her new novel, Regent, is scheduled to release this fall, and she has begun a sequel to Something I Am Not.

I never meant to be a writer. It’s something that happened to me when I wasn’t looking. Our family (my husband and I and our five children) lived in Mexico developing a horse ranch for kids, at-risk youth, and broken families in impoverished villages surrounding the ranch. Our co-workers ran a women’s shelter in the city, and we used the horses to love on the girls there. I say “women’s” shelter, but most were children (13, 14, 15 years old) trying to raise babies of their own. Many of the babies a result of abuse, rape, or incest. Some had been drawn out of trafficking. Their stories tragic and incomprehensible.

About a year after we got on the field, the shelter closed down for a dangerous breach in security. All the girls were sent back to where they came from. We could do nothing. Nothing at all, but watch them go. A few months later, I saw one of the girls at church escorted by her “father.” When our eyes met, the vacancy in hers shattered my heart. I will never forget it. And one day, while I was cleaning a horse corral, I had Billy’s story. Not the whole thing, but a piece of it.

I hid myself away whenever I could for months and wrote furiously. I had no idea how the story would unfold, or even what themes would develop. But three hundred and fifty pages later, I was done. I guess it was all in there, needing to come out. I thought I was writing a fiction novel, but Billy’s journey gave me the key to process and heal from things I saw around me but couldn’t change. Things that broke my heart.

I needed a different ending—a redemption. Billy’s story became an allegory on life. He lives under the wrong “father,” as an orphan, believing the fear and shame that those lies wield. But in finding the right Father, he finds where he truly belong. Billy’s story is about coming home. It’s his story, and it’s ours.

Something I Am Not was published by Lighthouse Publishers of the Carolinas. It won the 2016 Genesis Award for the contemporary category and 2020 Christian Indie Award for best Young Adult fiction.

This is an interesting question. My answer might not be what you were looking for. But for years as a kid, I thought I lived near the real-life town from which birthed Washington Irving’s Legend of Sleepy Hollow, the story of Ichabod Crane and the headless horseman. I’m not sure how many people I shared this with and how many trips I dragged friends on a mission to find Ichabod’s covered bridge. Until one day I realized “Jockey Hollow” was very different from “Sleepy Hollow.” And though the first one housed General Washington’s troops during the Revolutionary War, I was much disappointed it was not the hometown of Ichabod Crane! We did have a “Hooker man” legend in our town (a ghost who walked the train tracks at night looking for his missing hand—thus the hook). Maybe somewhere along the line, I confused them all in my brain! 

It happens by sound for me. Something that rolls of the tongue and into the space it needs to claim. Names just fit. They fit people, animals, even inanimate objects. When I was young, everything earned a name. Not just the strays I brought home, but my pillow, the dresser in my room, and my parent’s Volkswagen. I didn’t give much thought to how my characters in my stories would be named. Once I knew them, I knew what they were called.

What was the hardest scene to write?

There is a scene in Something I Am Not that is pivotal to help my readers understand the extent of abuse Billy suffered at the hands of his father’s girlfriend, Isabella (Chapter 6- The Surrogate). It needed to be real, but oh so delicate and discreetly done for both my readers and for anyone who has been a similar victim. It was probably one of the most challenging chapters to write.

Definitely Winnie-the-Pooh. I never, ever tire of reading it.

If you had to do something differently as a child or teenager to become a writer as an adult, what would you do?

I would have journaled. I tell myself that even today. I don’t do it, and I should. I often make the mistake of counting on my sad memory. So many great thoughts and ideas have slipped away and been lost forever because I didn’t write them down. Journaling can help us capture gems throughout the day as we journey along. There are so many waiting to be seen, dancing before us. We merely need the jar and the cap to lock them in place!

Thank you, Cher, for allowing us to get to know you better!

By The Book, July 4 (Author Interview)

For Him and My Family, July 11

For the Love of Literature, July 12 (Author Interview)

Adventures of a Travelers Wife, July 16

To celebrate her tour, Cher is giving away the grand prize of a $25 Amazon gift card!!