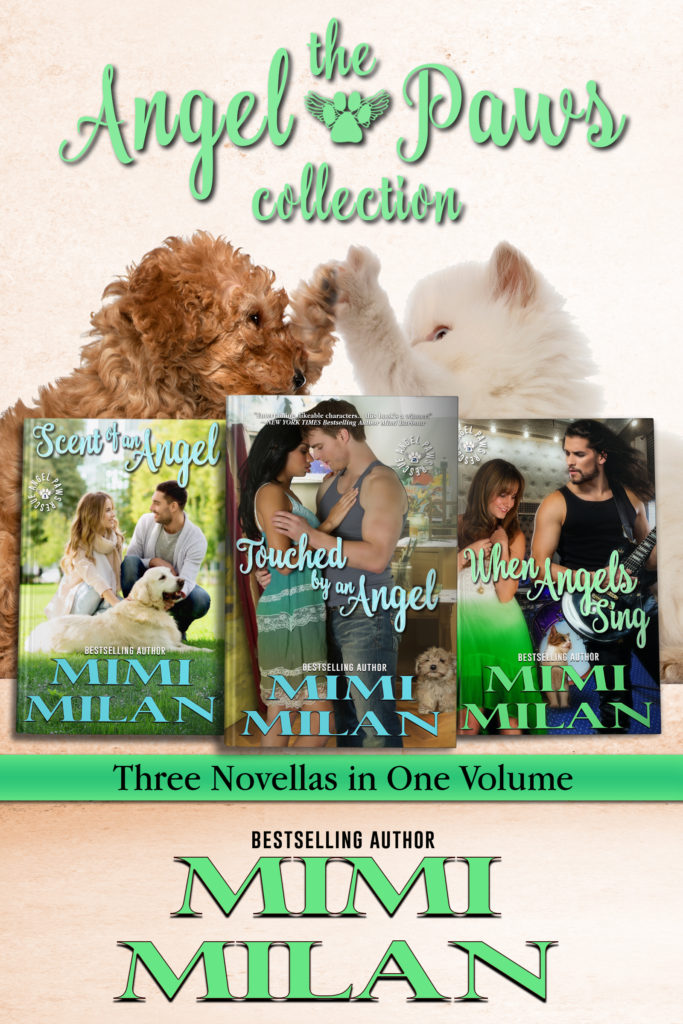 To fight… or fall in love?

The only thing Tanner McKoy wants is to disappear into the backwoods of North Carolina, hopefully forgetting about his tour in Afghanistan. However, forgetting seems improbable. And disappearing is impossible when a determined grad student uses her new shelter rescues to track him down.

After a miserable breakup with her fiance, Eva Perez returns to grad school to complete her thesis and become a physical therapist. Unfortunately, that means assisting on several case studies – one of which includes a surly army veteran who refuses help. How can she win a battle with someone still stuck in combat mode?

Touched by an Angel

An explosion during a tour in Afghanistan took Rhett Marshall’s sight, but not his mind. Too bad his family can’t seem to grasp that fact. He’ll do anything to regain control over his life again… even take drastic measures like marrying a complete stranger just so he can call his own shots.

Luciana Lopez came to the United States on a student visa – which is about to expire. Unfortunately, finding an employer to petition for her so she can stay in the country has proven impossible. Could marriage to a desperate army veteran be the answer to her immigration problem?

Eddie Rivera, a Chicano rock star hoping to break into the American music scene, has always lived life in the fast lane. The last thing he planned on was a country cutie with the belief that a guy “won’t buy the cow if he’s getting the milk for free.” Can a shot at her lifelong dreams and a rescue kitty help him change her mind?

From boys to battlefields, Rachel Linden may have lost her hearing but she has never lost a fight. Of course, she’s never had her dream of singing dangled in front of her either. Is there a strategy she can employ to win a war of wishes… without losing her heart? 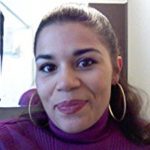 Mimi Milan is an award winning, bestselling author of both historical and contemporary romance. Currently pursuing her MFA in Creative Writing at Queens University, she spends most of her time in the suburbs of Charlotte, crafting stories her family and imaginary friends inspire.

I have to be honest.

I don’t know why I wrote Scent of an Angel.

The journey first began when I was asked to join a box set of sweet contemporary romances with seven other authors. Eager for a new experience (my first box set!) I immediately agreed. However, I wasn’t sure what I would write. I had never written a sweet contemporary before – only historicals. While clean and even inspirational, my stories were all full of action and suspense, too. That didn’t exactly sound like “sweet contemporary” to me. So, I set out to find stories that would draw inspiration.

At the same time, I was assigned to read The Things They Carried by Tim O’Brien. (Did I mention I’m now in grad school?) I couldn’t get the story out of my mind. I kept dwelling on all the pain and suffering soldiers must endure in order to keep the rest of us safe here at home. Their pain doesn’t end, either. Many return to the States with both physical disabilities and mental illnesses that most civilians couldn’t imagine living with. Right then, I knew I wanted to do something that helped the ones that made it back to us. Since the books in my first series, The Jericho Resistance, donates funds to fight against human trafficking, I liked the idea of copying the same model to help support our veterans. That’s when Tanner McKoy and Eva Perez came to life, driving the story and my mission onward.

Touched by an Angel and When Angels Sing were natural follow-ups for the Angel Paws Rescue anthology.

Today, I’m pretty fortunate. I was asked to join yet another series, The Twelve Days of Christmas Mail Order Brides. So, I’m about to finish up edits on my contribution, The Dancing Lady. I’m at my kitchen table in my nice, warm two-bedroom home with a cup of coffee and a muffin from my favorite local bakery. The children are still asleep, making the house unusually quiet. Looking out the frosted window at a yard lightly dusted with white, I feel safe and at peace. All is right in my small corner of the world. I thank God for that.

I thank Him for the veterans that make it so.

To celebrate her tour, Mimi is giving away a grand prize of The Angel Paws Collection Celebration Tour Giveaway!!