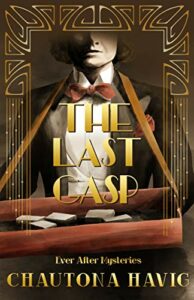 At the pinnacle of his Hollywood career, Garrison Prince’s reign ends tonight.

As plain old Gary Prinz, he can pursue his Bible education, buy a bungalow in Pasadena, acquire a few chickens, and marry the girl of his dreams. He just never imagined trading the silver screen for a pulpit would wreak such havoc.

A cigarillo girl, Lucinda Ashton spends her days with her boyfriend, Gary, and her evenings selling candy and “gaspers” to the Hollywood elite at the Taj Mahal Theater.

However, when gunshots ring out just as intermission begins, Lucinda finds herself smack-dab in the middle of a brouhaha that leaves three dead, and no one has a clue why.

All the police know is that the evidence points to Lucinda as the killer and Gary as the intended target.

Four new friends, one young orphan, and a potluck of clues that don’t seem to fit anywhere leave the police baffled, Lucinda in fear for her freedom, and Gary ready to trade in his acting shoes for gumshoes if it’ll save his “Cinda.”

The first book in the Ever After Mysteries combining beloved fairy tales and mysteries, The Last Gasp. This Cinderella retelling blends a murder with enough crime and story clues to keep you on the edge of your seat.

Pointed toed shoes that tied with neat tassels clicked neatly on the paving stones as she strolled along the path and seated herself on the familiar bench. Self-doubts began the moment she settled there. I’m overdressed for a walk in the park. He’ll think I’m too forward or something. A dozen similar thoughts chased each other through her mind until Lucinda jumped up, ready to flee.

Gary approached, his face lighting up at her apparent eagerness to see him. “Cinda!” As he neared, he caught one of her hands in his and squeezed it. “Lovely dress. I don’t know that one, do I?”

“I finally replaced my shabby blue one and decided to wear it.”

A brief but definite examination of her in the dress produced a smile of admiration. “It looks made for you. I’m glad you wore it.” He spread a handkerchief on the bench for her and grinned down at her when she sat. “I wish there were a photographer near. I’d love to capture this. Maybe someday I’ll have time for a hobby.”

“Maybe.” Lucinda allowed him to take one of her hands in both of his as he seated himself beside her. “You look… excited.”

You can get your copy here! 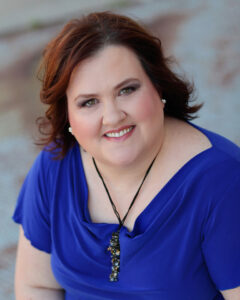 Author of the bestselling Aggie and Past Forward series, Chautona Havig lives in an oxymoron, escapes into imaginary worlds that look startlingly similar to ours and writes the stories that emerge. An irrepressible optimist, Chautona sees everything through a kaleidoscope of It’s a Wonderful Life sprinkled with fairy tales. Find her at chautona.com and say howdy—if you can remember how to spell her name.