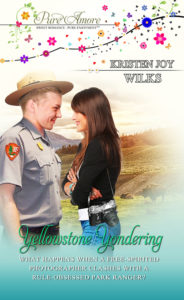 When a free-spirited wildlife photographer loses her Scottish terrier in a herd of bison, she sets out to rescue her furbaby before he is devoured. But will she succeed when Yellowstone National Park is chock full of boiling, bubbling, and rampaging hazards (both mammalian and geographical) — not to mention a rule-obsessed park ranger whose many rescues thwart her efforts to find her poor pup?

They say opposites attract, and when it comes to Kayla Dineen and Ranger Alexander Brandt, no two people have ever been more opposed…or attractive. Old Faithful isn’t the only thing making noise at Yellowstone this season.

Yellowstone Yondering by Kristen Joy Wilks is a Contemporary Christian Romance novel. It is set in Yellowstone National Park and describes many of the physical features of the park.

Kayla was abused as a child and Alexander lost his parents at a young age to a tragic accident.

What I think about the book:

Who knew a book about finding your lost dog could be so captivating, I spent weeks driving around looking for my lost dog and NEVER had as many mishaps and adventures as Kayla. Even though Alexander and Kayla have trauma in their past the story was not a sad one. I enjoyed the way that Wills described the park and the animals in the park, while I have never been there I was able to picture the surroundings.  Kayla was a great character, we all know someone who has good intentions but ends up creating more problems than they needed which seems to fit Kayla to a T.  Alexander was also hilarious, I would hate to have a Ranger that followed the rules to the detriment of everything else. When the two were brought together they made a great story. I enjoyed how the author showed how someone could be made new in Christ.  I look forward to reading more books by Wilks. 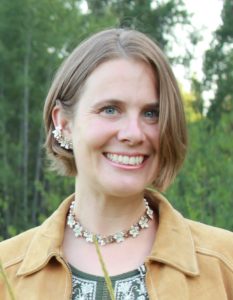 Kristen Joy Wilks lives in the beautiful Cascade Mountains with her camp director husband, three fierce sons, and a large and slobbery Newfoundland dog. She has blow-dried a chicken, fought epic Nerf battles instead of washing dishes, and discovered a stealthily smuggled gardener snake in her sons’ bubble bath. Her stories, devotionals, and articles have appeared in Nature Friend, Clubhouse, Thriving Family, Keys for Kids, The Christian Journal, Splickety, Spark, and Havok. She writes romantic comedies for Pelican Book Group, including Copenhagen Cozenage, The Volk Advent, Athens Ambuscade, Spider Gap, and Yellowstone Yondering. Kristen writes about the humor and Grace that can be found amidst the detritus of life.

My name is Kristen Joy Wilks and I am a mountain woman, married to a camp director, who lives at a remote Bible camp where we don’t have access to electricity, water, or garbage services unless we do it ourselves. Yes, it is totally possible to do all these things. But it does mean some frantic running about when the generator starts making a strange noise or the water inexplicably cuts off. As a girl I did have one or two mountain kid adventures that were perhaps not typical for the average tomboy. Such as when I rode my horse through a herd of 200 elk or when I got together with my brother and cousins to build a homemade snake pit so that we could dangle one another over it by our legs from a tripod made of logs in classic Indiana Jones style. Of course, we caught snakes for our pit!

Why do you ask? 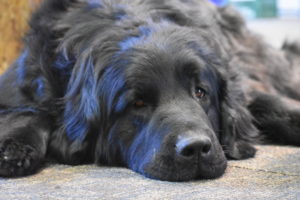 We managed to find over twenty and it was a huge success, except for the tiny issue of me being too tall and all those snakes getting into my hair. As you can plainly see, mountain kids do have more fun. I’m now the mom of three fierce sons, six pet chickens, and a large and slobbery Newfoundland dog named Princess Leia Freyja Wilks. I spend most of my time thwarting my sons’ attempts to smuggle their pet chickens onto their bunk beds and trying to keep my husband from filling another wall of our dinning room with strategy board games. Yes, you would think that 300 would be sufficient, but there is always another one, apparently. Well, he does have a point when he insists that they are great for camp ministry. I spend a great deal of time over at Camas Meadows Bible Camp photographing the daily comings and goings of counselors and campers so that their parents can look online and see that everyone is still alive. During all that photo taking, I have seen many a shy child open up after playing an exciting game of Camel Up, Snorta, or Star Trek Ascendancy. I also write the camp blog, step in as camp mother when homesickness pops up, and volunteer at our local public schools with Princess Leia Freyja who excels at reading therapy … yep, she just flops on the floor next to children while they read, which is definitely her spiritual gift. I can also be found at 4:00AM, with a cup of Jasmine Monkey King tea, tucked under my Star Trek quilt, writing crazy stories that might sound insane, but always have a tiny hint of truth. Thank you for joining me today to see what kind of misadventures I managed to put my unsuspecting characters through.

You Read It Write, June 5

For Him and My Family, June 11

Reflections From My Bookshelves, June 13

To celebrate her tour, Kristen is giving away the grand prize of a delicious dark chocolate bar with candied ginger bits!!